Every adidas devotee knows that the brand releases a lot of limited edition trainers, and competition can be fierce to get your hands on a pair, particularly if your preference is shared by a big chunk of adidas Originals collectors.

As a result – and much to the frustration of the majority – these designs often end up on eBay an hour or so after the drop, at three times the recommended retail price. Witnessing opportunistic buying for the sake of making a profit can be a little hard to swallow, but after all, the sneakerhead’s is a dog-eat-dog world.

When it comes to the long-running adidas Originals silhouettes, you might wonder which styles are most sought after. For all you super fans out there, we’ve done the research and honestly, the results might surprise you.

The history of adidas Originals trainers

First things first then; where did adidas Originals come from? What differentiates these designs from other creations?

After decades of adidas, the heritage line was introduced in the mid-90s, when the brand was split into three areas of focus.

adidas Performance would specialise in creating shoes for athletes and maintaining that dedication to sports footwear that originally inspired Adi Dassler to start the company.

Style Essentials was destined to produce creations for the modern fashion market, while adidas Originals would focus on the brand’s style legacy, taking inspiration from sportswear fashion between the 40s and the 80s that had, and continues to, stand the test of time.

Since 1997 moreover, the vintage Trefoil logo has only been featured on these retro designs, with the three-stripe performance logo replacing it on all other adidas merchandise.

Which adidas Originals design is most coveted?

Every adidas sneakerhead seems to have their own take on which is the sleekest silhouette, which style is most comfortable and which colourways are smartest. Perhaps that’s why the sportswear giant has continued to reimagine, innovate and recreate these lines over so many years!

With an average total of 571,900 searches per month, these ten styles show no sign of losing popularity any time soon.

To long-term aficionados of Sam Smith, Samba and other cult favourites, it might come as a surprise that NMB and Superstar take an equal share of the top spot, with around 24% of the monthly searches. Their closest competition is the Gazelle, snapping up 19% with 110,000 shoppers hunting for the suede, vintage performance shoe.

Though EQT zoomed into fourth place in our research, it was with only 9% of searches – a considerable chunk less than some of the other designs. Regardless though, we’d say that any self-respecting adidas fan would do well to have Gazelles, Superstars, NMDs or EQTs in their collection.

Which designs can we only wish for?

Harking back to those limited releases, there are some special editions that most lovers of adidas barely get a whiff of before they’re off the shelves and resurfacing on online marketplaces. We’ve picked a few of our favourites that we’d give an arm and a leg to collect.

Working in a Lancashire-born company, all of us here at Wynsors would love to get our hands on a pair of these. This design was released in collaboration with Manchester-based store Oi Polloi and with some enthusiasts queuing outside for two days, they sold out in minutes.

As far as we can tell, these navy beauties – based on a vintage Spezial – are only available on eBay these days, and at the time of writing, sellers are asking for up to £300.

You can probably buy one of Liam Gallagher’s old parkas for less.

Born from a collaboration with Japanese label Bathing Ape, Super Ape Star trainers were released in very small numbers in the early 2000s, with some lines only available to staff members and celebrities.

At the time of writing, one eBay seller claims to have a deadstock style in suede, with black-on-black colourways. As only 100 pairs were made, he’s asking for a cool £1,200!

Though this 80s-inspired silhouette has been re-released several times, each style is unique to the year, the colourway inspiration or the collaborator in one way or another, and there are plenty of styles which we’re unlikely to see again.

From rare green and yellow colourways to London editions and various designer partnerships, you’ll find Campus styles on eBay for up to £1,000.

In short, it’s safe to say that no adidas fan’s shoe rack is complete without a pair of retro adidas trainers. Shop adidas Originals at Wynsors today and choose the pair that speaks to you, with our incredible prices intact.

Will it be Stan Smiths, inspired by and named for a former number one tennis player? Or the classic Samba – an absolute must for any collection? 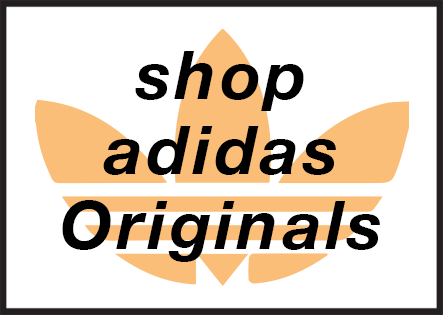 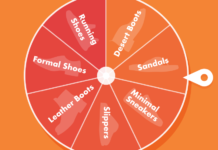 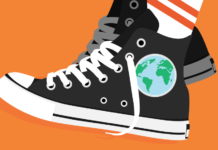 The 7 wonders of the shoe world: The best shoes that every woman should own 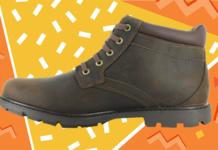